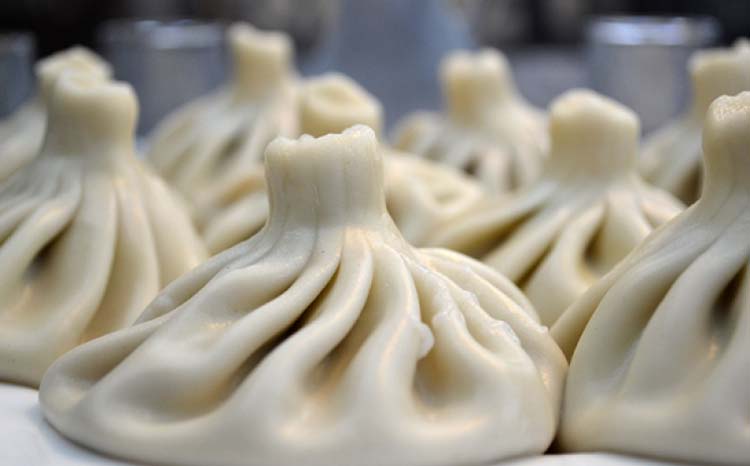 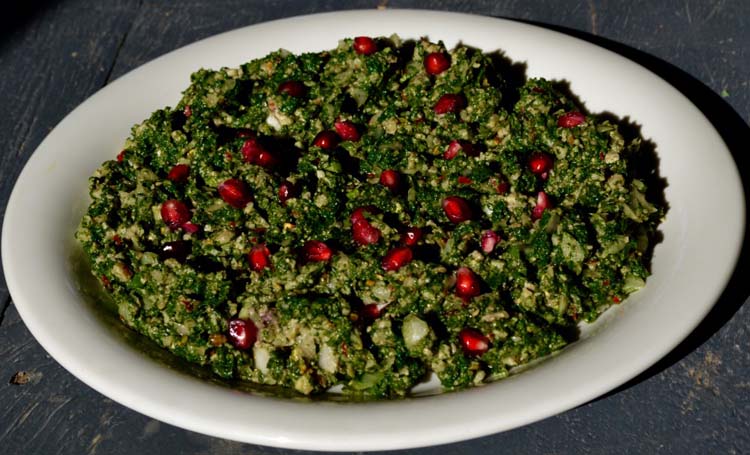 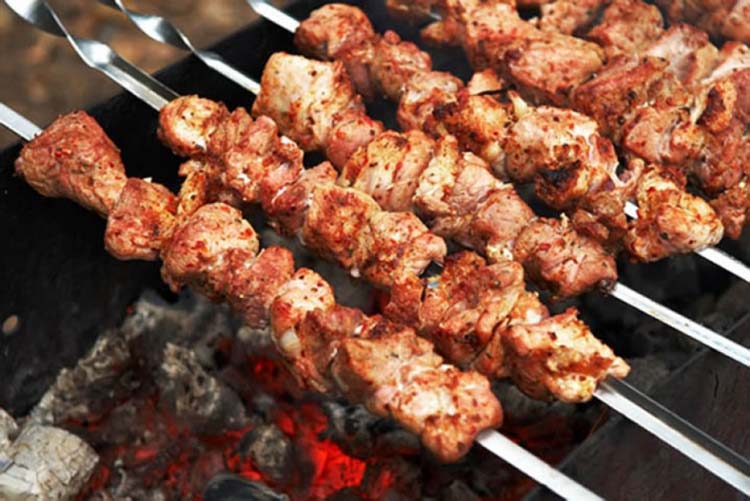 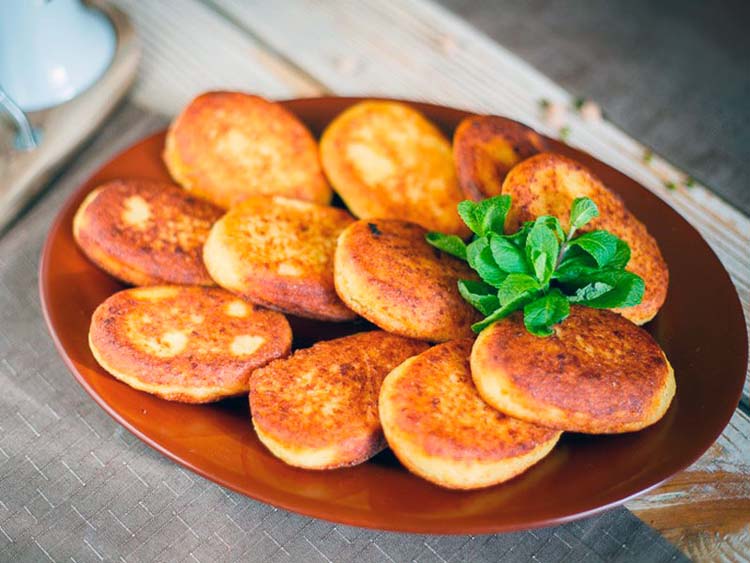 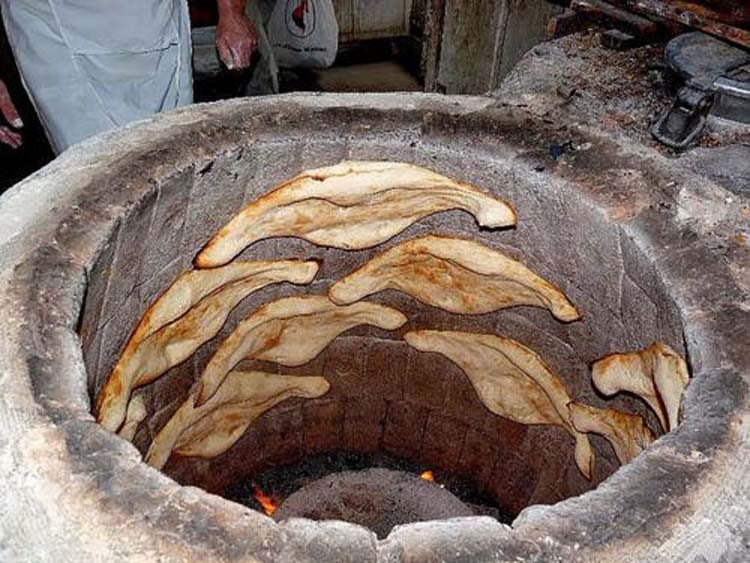 Below you will find detailed description of most popular Georgian dishes with links to their recipes. If you're hungry, scroll at your own risk :) 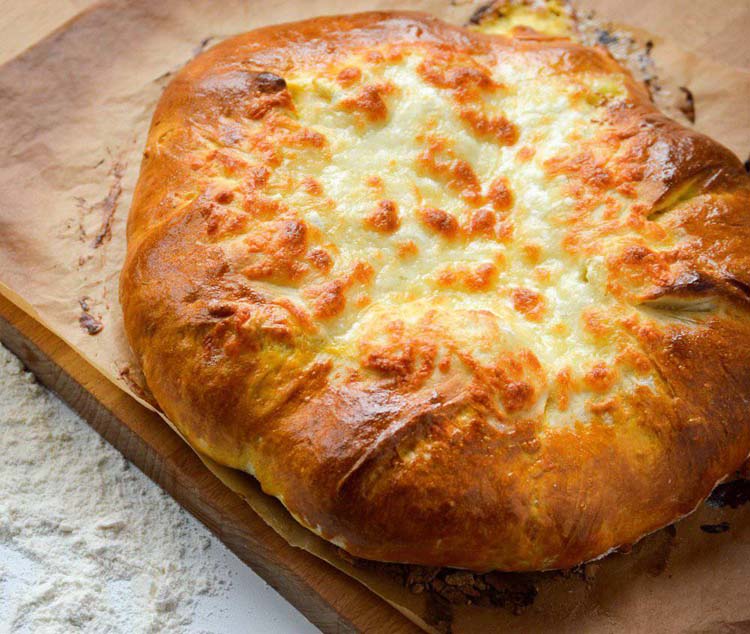 
Khachapuri Is a traditional Georgian dish of cheese-filled bread. The bread is leavened and allowed to rise, and is shaped in various ways. It is Georgia's national dish. According to a 2009 survey, 88% of Georgians prefer khachapuri to pizza.

There are several distinctive types of khachapur from different regions of Georgia:

Imeretian (Imeruli) khachapuri, which is circular and the most common type.

Adjarian (Acharuli/Adjaruli) khachapuri, in which the dough is formed into an open boat shape and the hot pie is topped with a raw egg and a pat of butter before serving.

Mengrelian (Megruli) khachapuri, similar to Imeretian but with more cheese added on top.

Achma, from Abkhazia, which has multiple layers and looks more like a sauceless lasagna. How to prepare 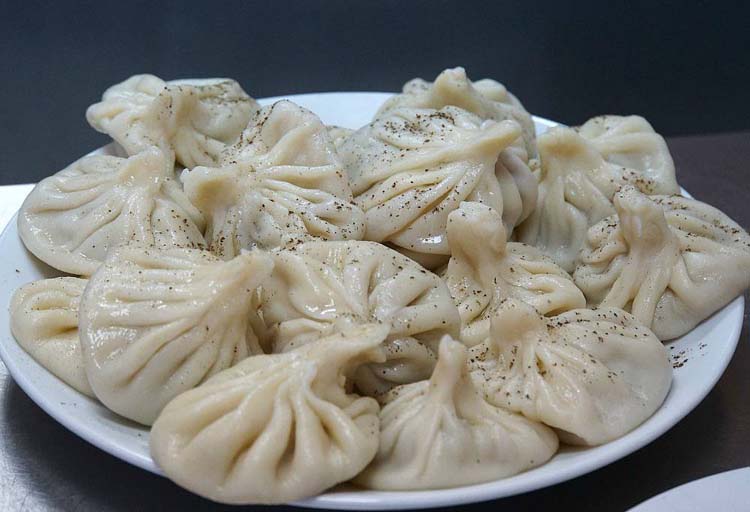 Khinkali is a Georgian dumpling,which originated in the Georgian mountain regions of Pshavi, Mtiuleti and Khevsureti.Varieties of khinkali spread from there across different parts of the Caucasus.The fillings of khinkali vary with the area. The original recipe, the so-called khevsuruli, consisted of only minced meat (lamb or beef and pork mixed), onions, chili pepper, salt and cumin. However, the modern recipe used mostly especially in Georgian urban areas, the so-called kalakuri, uses herbs like parsley and cilantro (also called coriander).

Khinkali is eaten plain, or with ground black pepper. The meat filling is uncooked when the khinkali is assembled, so, when it is cooked, the juices of the meat are trapped inside the dumpling.

The khinkali is typically eaten first by sucking the juices while taking the first bite, in order to prevent the dumpling from bursting. The top, where the pleats meet, is tough, and is not supposed to be eaten, but discarded to the plate so that those eating can count how many they have consumed.

There is a widespread etiquette in Georgia to use only one's bare hands while consuming these dumplings.

And here is the link for detailed recipe, more photos and video about making Khinkal. 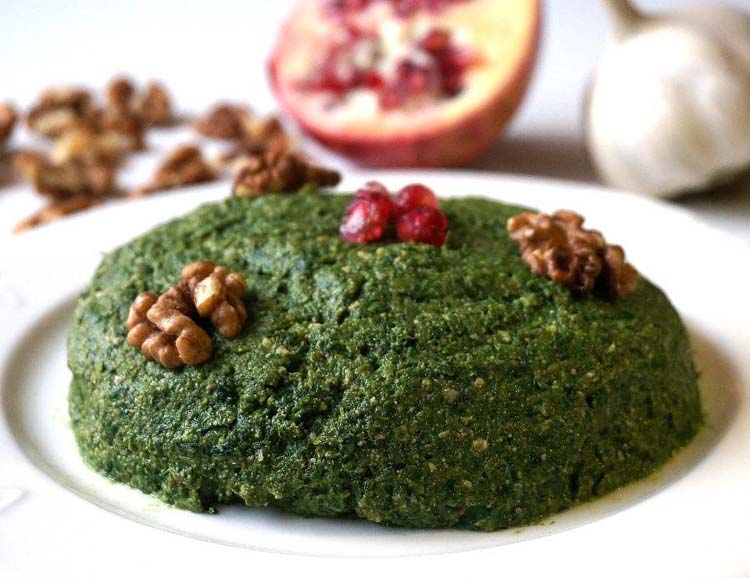 Pkhali is a traditional Georgian dish of chopped and minced vegetables , made of cabbage, eggplant, spinach, beans, beets and combined with ground walnuts, vinegar, onions, garlic, and herbs. 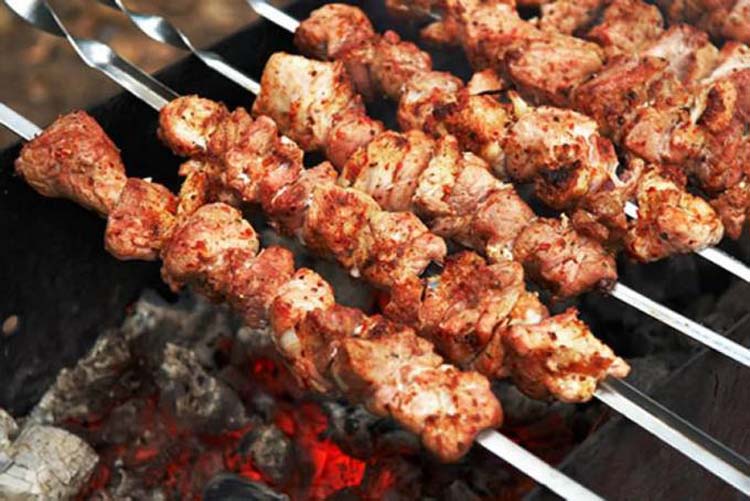 Aka barbeque or Shashlik is a dish of skewered and grilled cubes of meat popular in many countries and in Georgia especially.

Mtsvadi is a special dish for Georgians, often the highlight of a traditional Georgian supra (or feast).  It is traditionally cooked outdoors over coal and grape vines, and usually by men. 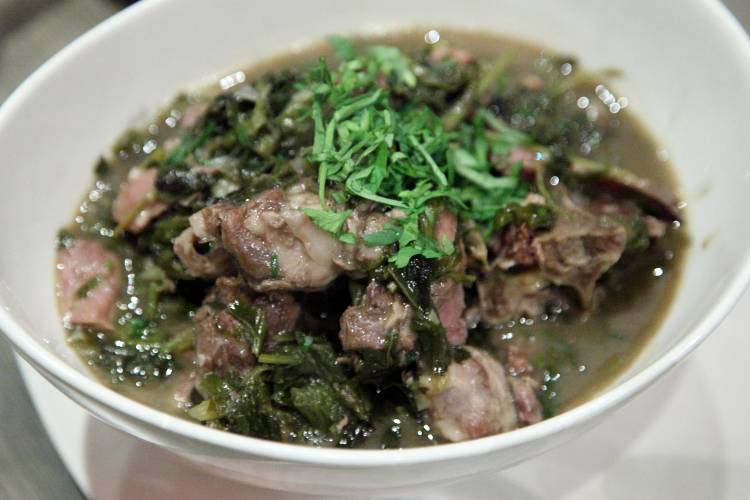 Is a Georgian stew. It is considered to be one of the most popular dishes in Georgia.

It is made from lamb chops or veal, onions, tarragon leaves, cherry plums or tkemali (cherry plum sauce), dry white wine, mixed fresh herbs (parsley, mint, dill, cilantro), garlic and salt. It is popular in the spring when the plums are unripe. 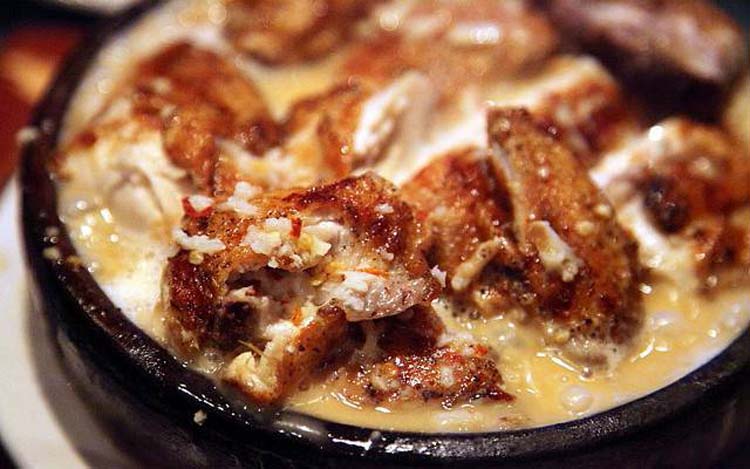 
Shkmeruli is a chicken dish from the Racha region of Georgia. A young chicken is usually used for this recipe and is cooked in milk and garlic. Sour cream can be used instead of milk.

How to prepare
Georgian Cheese


Georgian tradition of cheese making counts more than 80 centuries.Georgia is in the top ten of "cheese" countries and makes about 250 kinds of this product. There are 80 thousand tons of cheese produced in the country annually, and 80% from all are popular cheese sulguni and Imeretian. These particular kinds are often used in Georgian dishes, including khachapuri. The most popular Georgian cheese types are: 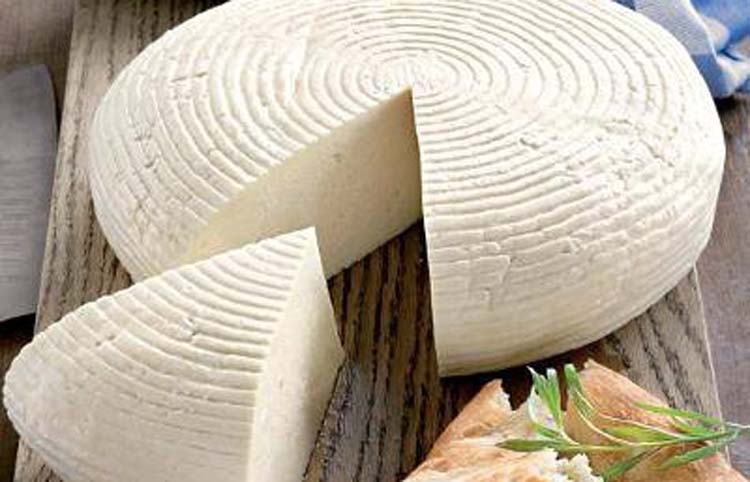 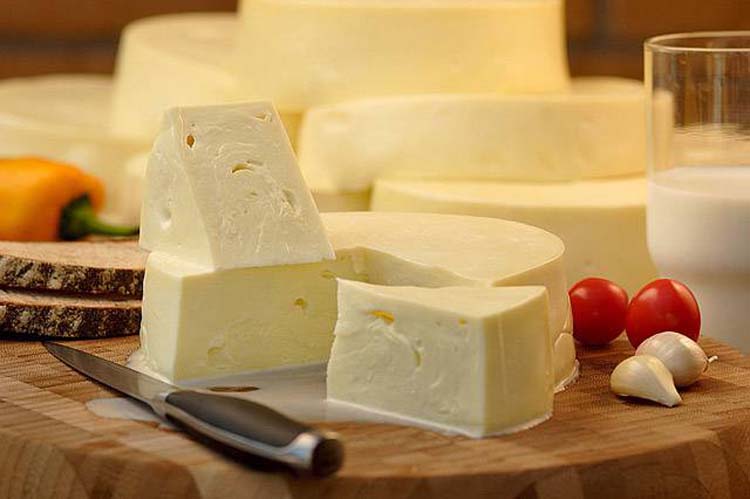 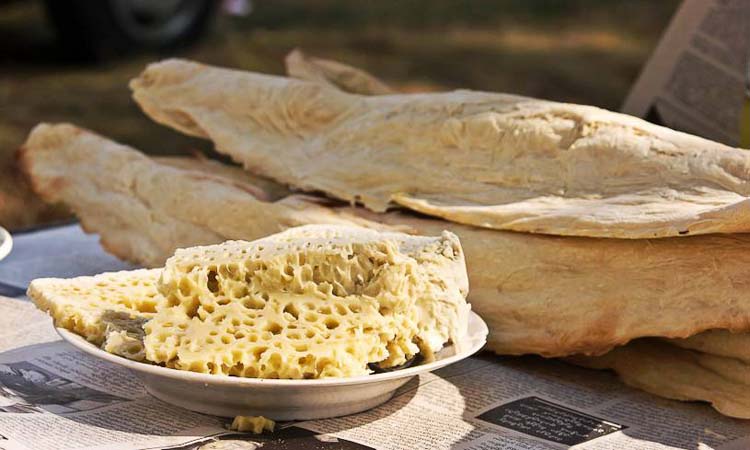 Sulguni - comes from western Georgia, Samegrelo-Zemo Svaneti Regions. This type of cheese is soft, has a sour, moderately salty flavor, a dimpled texture, and an elastic consistency. It is noteworthy that Sulguni is often compared to Italian Mozzarella, due to its texture and taste. It’s made from cow's or Buffalo's milk. This cheese has also a smoked variety.

Guda - mountainous regions, Tusheti Guda is the sheep milk cheese, prepared almost by the same technology as Imeretian. Further, it is stored in a sheep's skin during 20 days, which is sometimes buried in the ground, after which the cheese obtains specific flavor. 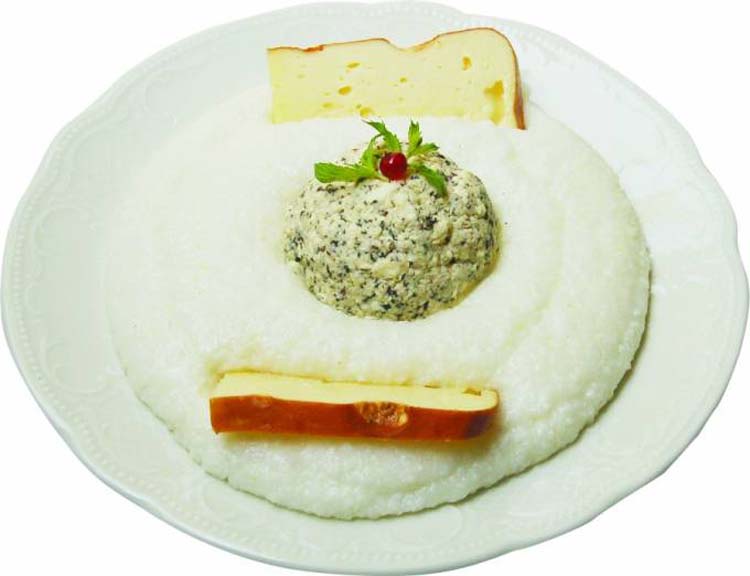 Ghomi is a traditional dish from the Samegrelo region of Georgia. It is cooked from cornmeal and corn flour and often serves as bread for western Georgians. Usually it is consumed with cheese. Elargi is ghomi with cheese already added, melted and mixed in it. 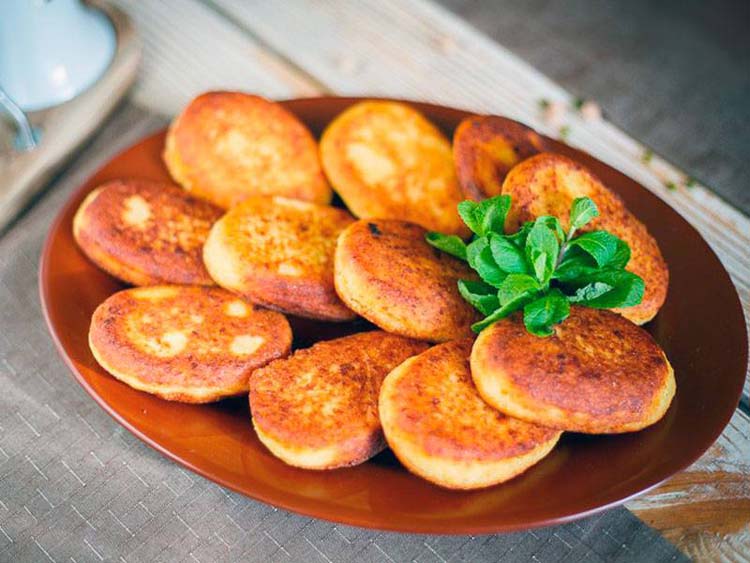 Is traditional Georgian corn bread, usually eaten hot with any kind of Georgian cheese or beans.How to prepare 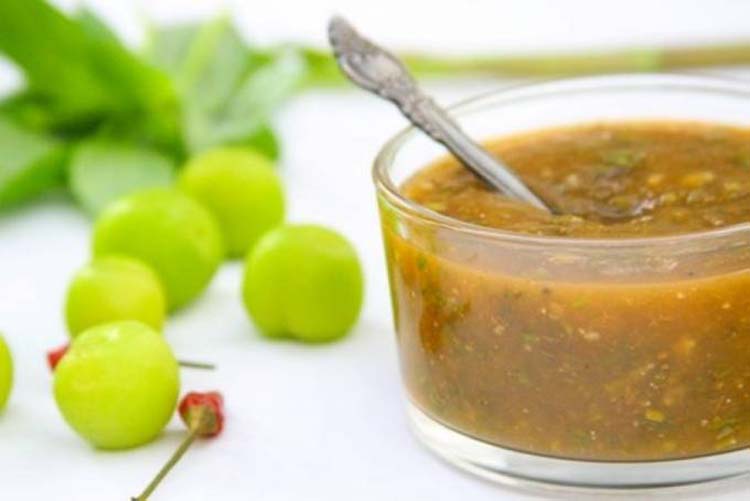 is the Georgian sour plum sauce made of cherry plums. Tkemali is made from both red and green varieties of plum. The flavor of the sauce varies, but generally tends to be pungently tart. To lower the tartness level, occasionally sweeter types of plums are added during preparation. Traditionally the following ingredients are used besides plum: garlic, pennyroyal, coriander, dill, chili pepper and salt.

Tkemali is used for fried or grilled meat, poultry and potato dishes, and has a place in Georgian cuisine similar to the one ketchup has. It can be made at home, but is also mass-produced by several Georgian and Russian companies. 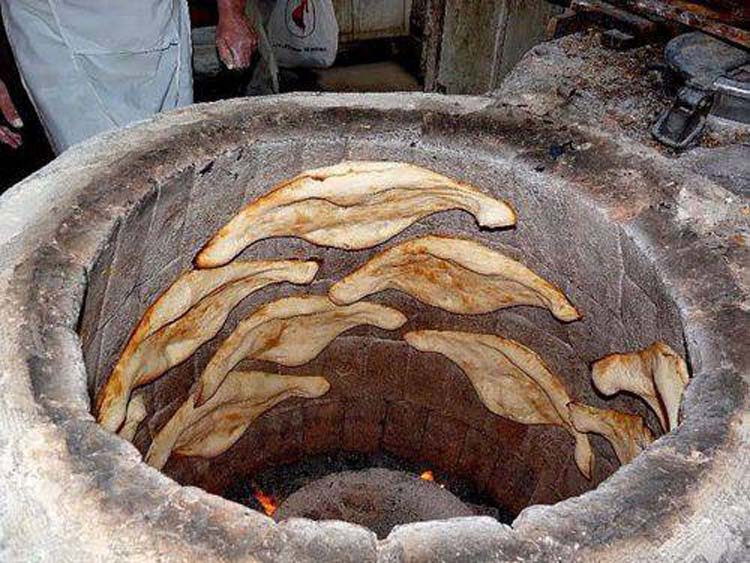 Is a type of traditional Georgian bread, made of white flour and shaped like a canoe. Shoti baked in a specific bakery called tone (deep circular clay oven).

Is a traditional Georgian candle-shaped candy. The main ingredients are grape must, nuts and flour. Almonds, walnuts, hazel nuts and sometimes raisins are threaded onto a string, dipped in thickened grape juice or fruit juices and dried in the shape of a sausage.
How to prepare

We just found a great article by our favorite Trekking in Caucasus website about most popular Georgian dishes.

Check it out: GEORGIAN CUISINE FROM A to Z

From homeland of wine