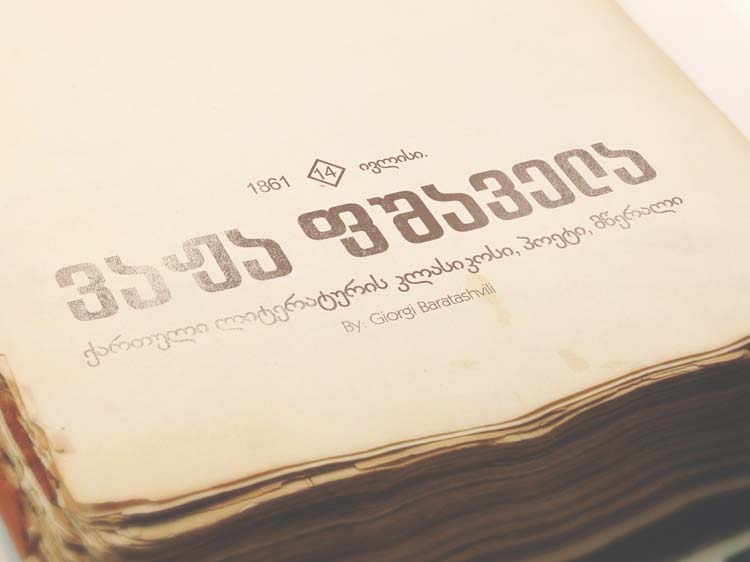 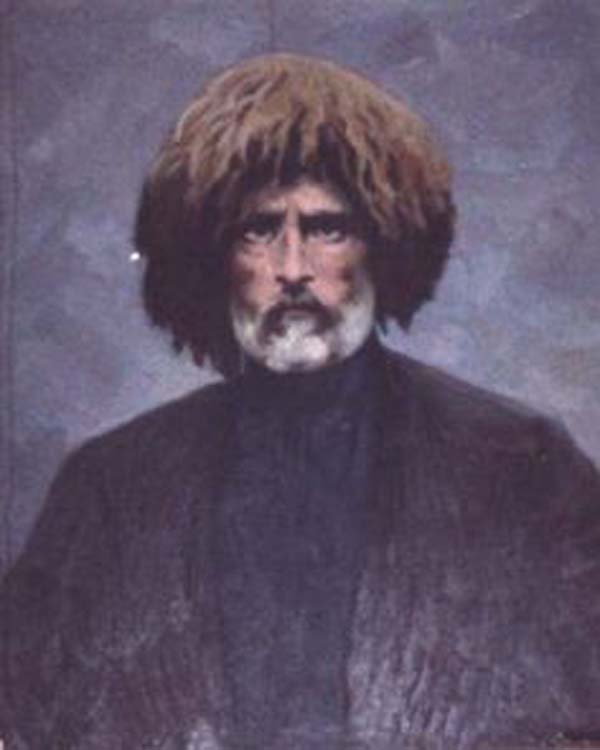 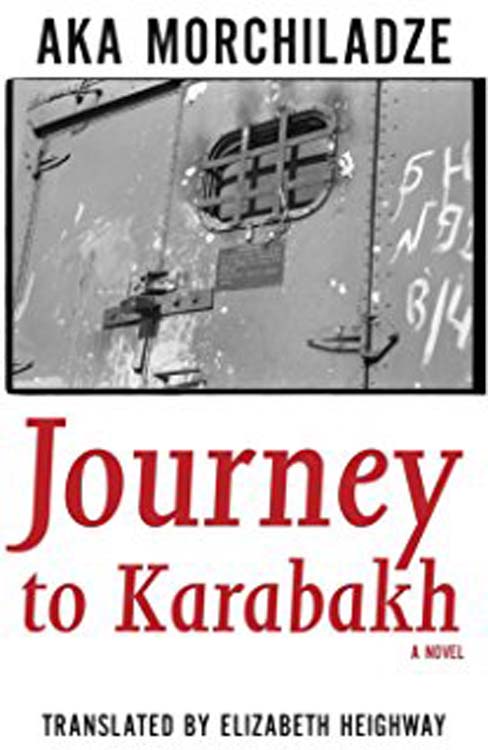 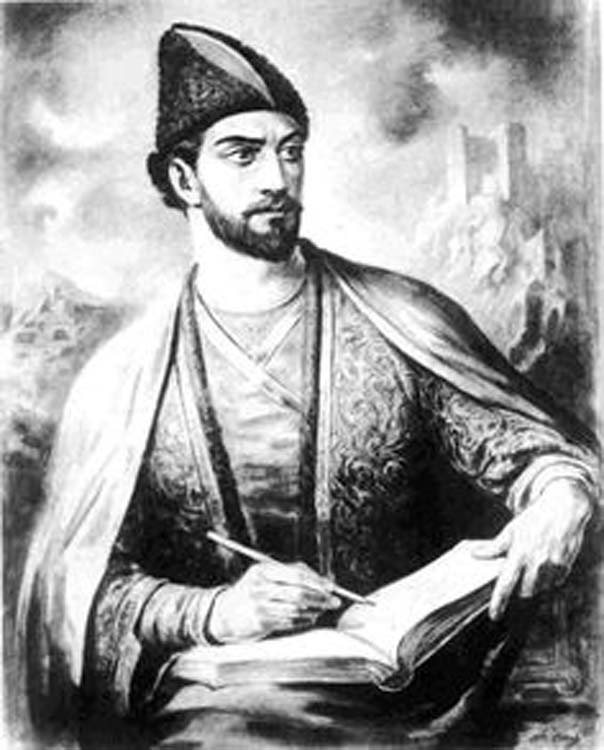 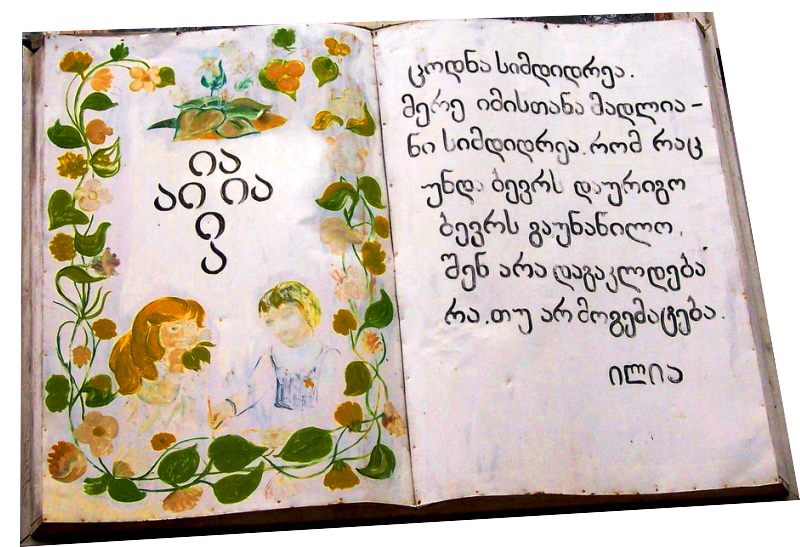 
The origins of Georgian literature date to the 4th century, when the Georgian people were converted to Christianity and a Georgian alphabet was developed. The emergence of a rich literary language and an original religious literature was simultaneous with a massive effort to translate texts from Greek, Armenian, and Syriac. Among the earliest works in Georgian is the prose,  “The Passion of Saint Queen Shushanik”, 470 or later, attributed to Iakob Tsurtaveli.
Old Georgian ecclesiastical literature reached its acme in the 10th century.
With the weakening of the Byzantine Empire in the 10th century, Georgia’s rulers achieved prosperity sufficient to allow a secular literature to develop. King David IV (the Builder) and, later, Queen Tamara, his great-granddaughter, oversaw a cultural golden age that reached from the late 11th to the early 13th century. They encouraged and commissioned works in all the arts but particularly in poetry and prose. Influenced by Persian literature, an 11th-century epic—Georgian courtly romance and epic flourished. In verse, Georgia acquired its national monument, Shota Rustaveli’s extravagant but sophisticated courtly romance The Knight in the Panther’s Skin, c. 1220 (Vepkhistkaosani).
Georgia’s devastation by Genghis Khan in the 1220s and by Timur in the 1390s resulted in the loss of much of the literature created during the golden age—what survives today is only a fraction of what was written—and effectively ended literary production for two centuries. A renaissance began in the early 17th century with the harrowingly personal, though ornate, poetry of King Teimuraz I;
In the early 18th century, Sulkhan-Saba Orbeliani, supported by his pupil and nephew King Vakhtang VI, introduced modern schooling and printing to Georgia. Orbeliani also compiled the first extant Georgian dictionary and wrote a book of instructive fables, “The Book of Wisdom and Lies” (Tsigni sibrdzne-sitsruisa c. 1700). Two major poets emerged in the next generation: Davit Guramishvili used colloquial language to write revealing autobiographical poetry that has a Romantic immediacy, and Besiki.
During the 18th century, Georgia sought salvation from Ottoman and Persian rule by making an alliance with Russia. In 1801 Russia abolished the Georgian state, dethroned its kings, and made Russian the language of administration. But Russian rule was fairly bloodless and opened routes to European culture. A generation of Georgian Romantic poets was inspired by French and German literature and philosophy. Aleksandre Chavchavadze, father-in-law to Russian playwright Aleksandr Sergeyevich Griboyedov, was an original, contemplative poet; Nikoloz Baratashvili was a visionary genius comparable to the English poet John Keats.
Prose fiction, which could be sustained only by a large educated readership, was slower to develop. By the 1860s, however, fiction and nonfiction prose was flourishing. Ilia Chavchavadze and Akaki Tsereteli had immense moral and intellectual authority and measurable narrative talent, as displayed, for example, in Chavchavadze’s “Is That a Human Being?” (1859–63; Katsia-adamiani?), which attacks the degenerate gentry, and Tsereteli’s fine autobiographical “The Story of My Life” (1894–1909). Aleksandre Kazbegi was the first commercially successful prose writer in Georgia, his melodramatic fiction drawing on the legends and pagan ethos of the Caucasian highlanders.
Vazha-Pshavela (pseudonym of Luka Razikashvili) is modern Georgia’s greatest genius. His finest works are tragic narrative poems “Host and Guest” 1893; “The Snake-Eater” 1901 that combine Caucasian folk myth with human tragedy. Young Georgian poets and prose writers were subsequently inspired by European Decadence and Russian Symbolism as well as by the highlanders’ folklore that imbues all Vazha-Pshavela’s language, imagery, and outlook. His greatest pupils were the dramatist and novelist Grigol Robakidze and the poet Galaktion Tabidze. Robakidze developed the themes of Vazha-Pshavela’s “The Snake-Eater” in The Snake Skin, a tale of a poet’s search for his real identity.
From 1918 to 1921 Georgia was an independent state; despite war and destitution, the period witnessed an explosion of poetry, prose, and “happenings”—anarchistic artistic and political outbursts stimulated by the mixture in Tbilisi of the refugee Russian avant-garde and Georgian poets heady with their liberation.
Invasion by the Soviet Red Army in February 1921 sobered Georgian writers. In the 1920s and ’30s the prose writer Mikheil Javakhishvili—who, having been sentenced to death by Soviet authorities but later released, went on to become a great writer—produced inventive and captivating prose.
The most enigmatic Georgian prose writer of the 20th century was Konstantine Gamsakhurdia; like Robakidze, he was influenced by German culture (especially the philosopher Friedrich Nietzsche), and in his work he combined the ethos of the Austro-German poet Rainer Maria Rilke with Caucasian folk myth. Befriended by Lavrenty Pavlovich Beria—then Stalin’s satrap in the Caucasus, later the director of the Soviet secret police—Gamsakhurdia was free to write grandiose novels on contemporary, mythological, and historical themes.
Georgian writers were decimated by the Bolsheviks in the 1920s; the Great Purge of the 1930s destroyed the survivors. Even those few who survived the holocaust overseen by Beria lost friends, family, nerve, and inspiration. The post-Stalinist thaw was slower in Georgia than in Russia. Fine lyrical poets achieved great popularity in the 1960s: Ana Kalandadze, Murman Lebanidze, and Mukhran Machavariani.
The civil war, economic collapse, and emigration that followed independence in the 1990s crippled Georgian publishing and theatre and created an environment where literature could not flourish. But as the country stabilized in the mid-1990s under Shevardnadze, who had by then become its head of state, destitute writers were able to begin again.
Georgia’s Rose Revolution of 2003 and the emergence of a relatively well-off middle class enabled publishers and theatres to operate. A new generation of prose writers appeared, notably the prolific Aka Morchiladze (pseudonym of Giorgi Akhvlediani). His best work includes “Journey to Karabakh” (1992) and a series of semi-fantastic novels about an archipelago called Madatov that is populated by Georgians. Morchiladze’s work shows Georgian literature’s reorientation in the early 21st century from Russian toward English and American influences. The work (some of it written in English) of playwright Lasha Bughadze also attracted international acclaim. A new generation of poets—including Maia Sarishvili, Rati Amaghlobeli, and Kote Kubaneishvili—showed an inventiveness and irreverence derived from their working as public performers and participating in international festivals.