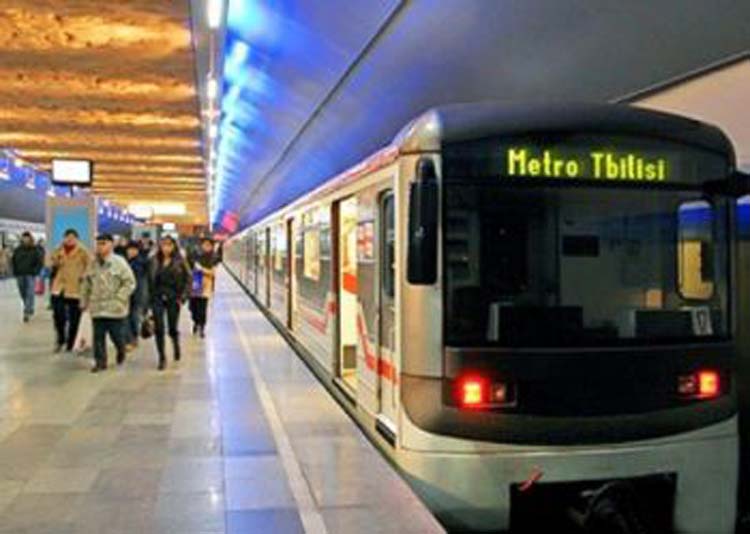 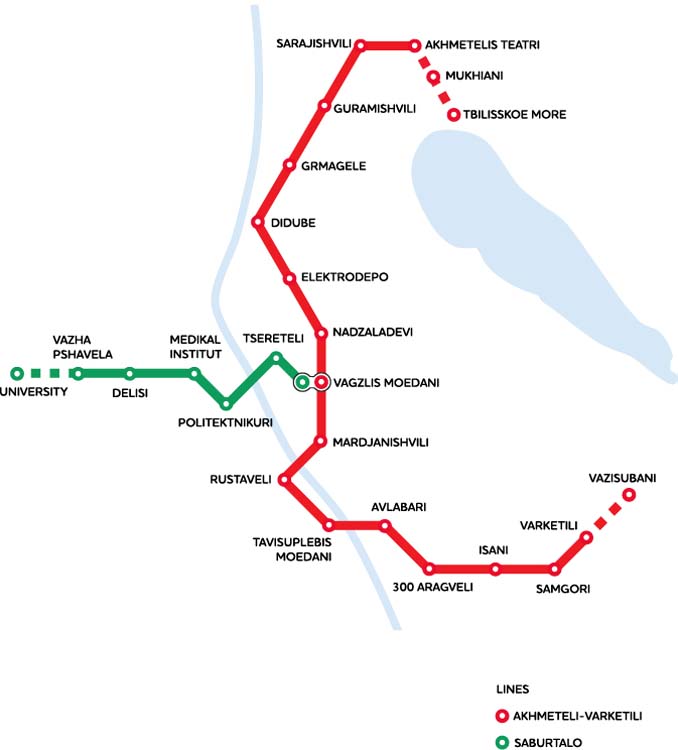 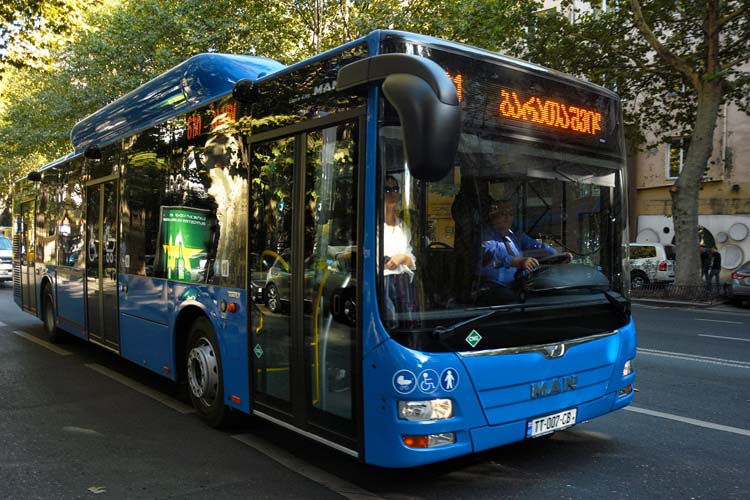 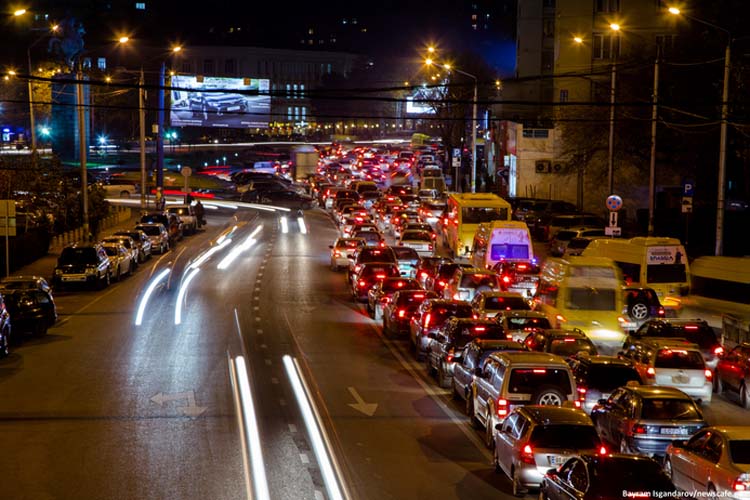 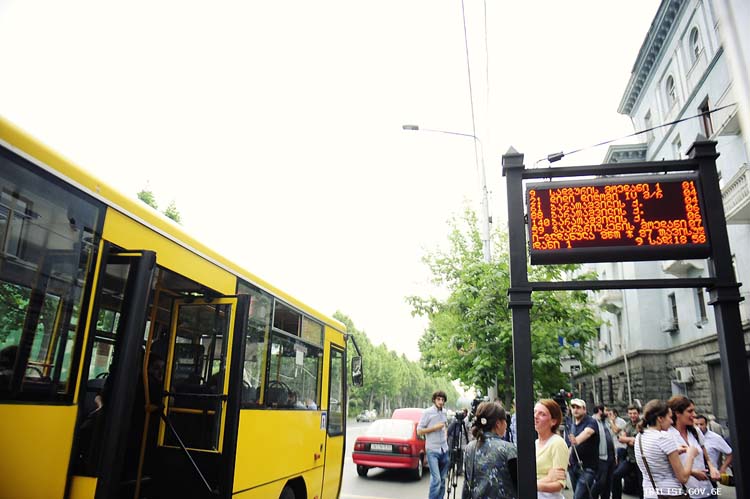 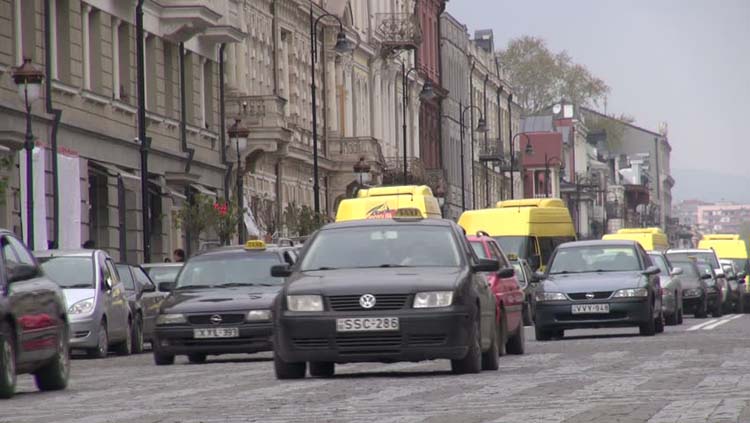 Information about all kinds of Transport

- City Buses
All public transport in Tbilisi costs 1 Lari (1GEL - approx. 33 cents). You can buy a ticket at the ticket machine in the bus. The ticket machine doesn’t give change so the fare should be paid exactly.
You can also pay with a travel card which can be purchased at any metro station for 2 GEL (1$) and further charged at metro stations or orange SSMs (Self Service Machine) by EXPRESS PAY.
Buses run at fixed times from 7am till 12pm. Early in the morning and in the evening they run infrequently. Buses stop at specified bus stops.
For schedules and routes use Google Maps.

- Minibuses
If you’d like to travel by minibuses (marshrutka) you can catch it basically at any spot, as the minibuses have no fixed stops (except Rustaveli and Chavchavadze avenues, there they stop only on bus stops).
The same principle works during the journey. The passenger may ask the driver to drop him/her off at any place on the bus route he/she desires. Mini-buses cost same as buses - 1GEL. They run from 7am to 12pm.
- Metro
Tbilisi Underground, called the Metro for “Metropolitan”, has two lines and 21 stations. It operates from 6:00 AM to 12:00 PM. The cost is set at 1GEL. To travel you can use only travel card (as mentioned in buses section). Travel cards can be purchased at any metro station for 2 GEL (1$) and further charged at metro stations or orange SSMs (Self Service Machine) by EXPRESS PAY.
Metro stations are identified by the red (M) sign.
- Taxi
Taxis are one of the best ways of getting around the immediate city, as they can be found almost anywhere. Fares are very affordable, and should never cost more than few USD, and you can always bargain with drivers (don't be shy, it's normal). it’s wise to ask what the trip is going to cost beforehand. Generally, taxis will be waiting outside of major public areas such as airports, train stations, bus stations, and large hotels. Alternatively, you can book a taxi by telephone with a local taxi firm or catch a cab directly on the street or use a smartphone apps for easy orders. The best way to get a taxi is to use a mobile app like BOLT. Uber is not operating in Georgia yet.
Here are the companies, there numbers and app links:
- BOLT is the most recomended taxi service company - APP
Transportation Between Cities
In Tbilisi there are 2 main bus stations Didube and Ortachala. From there buses and minibuses to different regions and cities are distributed, as well as to neighbouring countries. The average cost of a minibus to another end of the country usually does not exceed 10USD. For transportation between cities railway is a very useful tranposrt as well. Main railway station is on Station Square ("vagzlis moedani") very near to city center.
Georgian Railway Network Map
Georgian Railway network map created by Aleksandrs Znovs © more description here. 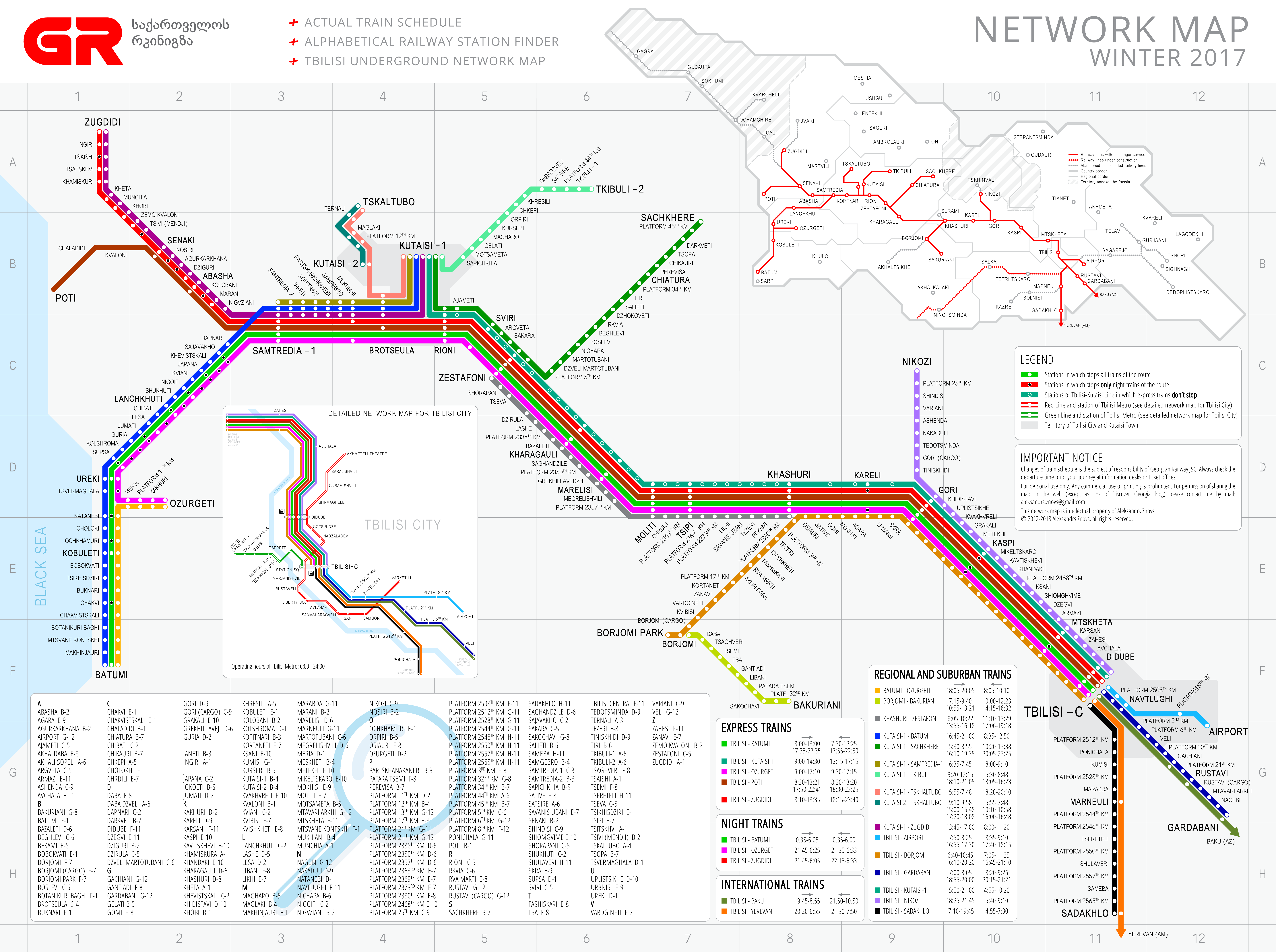